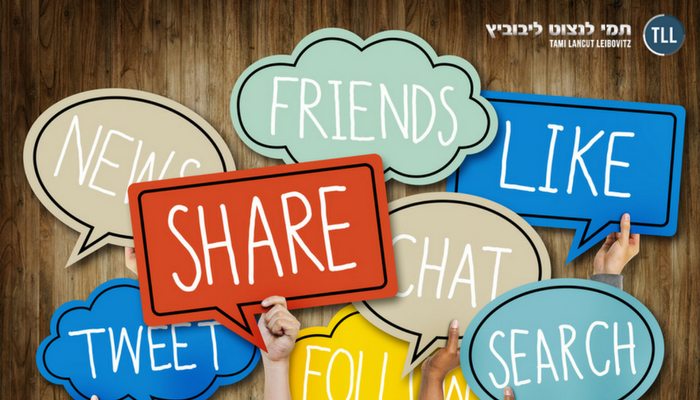 A journey through social innovation

Humans are social creatures. I know, it’s hard to remember that in those lazy Sundays when you stay home in front of Netflix, but we are – we look for closeness, connection, and channels for sharing and companionships constantly throughout our life. Since online media first was thought of in its first steps, it was always social. Remember MIRC chat rooms? Were you taking part in AOL early chat platforms? Or maybe you had your own ICQ number? Since the late 1970’s, there were efforts to create online sharing channels and human interaction options online. Meaning, even through technology, people simply looked for a way to simply talk to one another. Do we have a bit more faith in humanity now? Perhaps, but that was before the days of dog filters on Snapchat.

So... isn’t every day social media day? Why celebrate today?

The credit belongs to Mashbale.com, one of the more significant social and content news site out there, one that I follow closely. On 2010, the site staff launched a global effort that was introduced, to name June 30th as Social Media Day. And here we are, celebrating what we do and our way of life!

Social Media really started its dominance in the early 2000. In fact, researchers from Simplefy360 define the Golden Era of Social Media as starting in 2001, when Myspace ruled our world and continued to conquer other heights with the website Facebook launching in 2004 and Twitter following 2 years after. Those platforms are just two out of a long line of platforms that changed our lives and they way we view interactions and relationships. Some platforms failed before they became the promise they were meant to be.

I created a timeline of social media achievements and focal points, to help us celebrate the progress and look back on our past while wondering what does our future holds:

1973: D.Woolley and D. Brown, researchers from the University of Illinois, set up Talkomatik, the first chat platform for multiple users! It was than open to mostly academy people that were using the PLATO system (PLATO: Programmed Logic for Automatic Teaching Operation) a system that was available to the users of Illinois university as a closed connection community.

1980: The legendary BBS system (BBS: Bulletin Board system) is introduced, one of the earliest known forms of social media – you were able to share links, send messages and become part of a greater online community within its limits. A picture of BBS screenshot below: 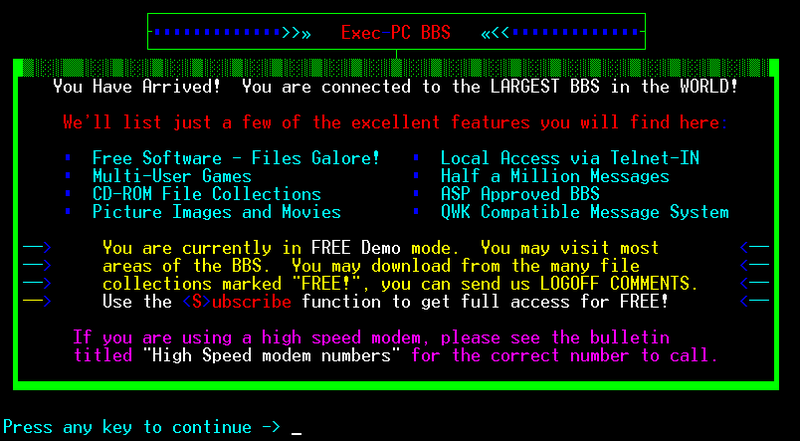 1988: IRC rises from the roots of BBS (and was initially intended to extend it), offering a similar service and experience, MIRC, it’s most popular client, is still used!

1997: How many of you heard of SixDegrees.com? It is known as the first social media site ever!  On the site, you had options to add/list friends, family and who ever you choose to add to your profile. Sounds familiar? Six Degrees did it first but not the best, they were bought for 125 Million Dollars a few years after launching but other sites like Friendster, FB, and Myspace are the ones that really took off.

1997: AOL Messenger was introduced, they also ended up buying ICQ for a record-breaking dollar amount.

1999: YAHOO Messenger was introduced! Yahoo was a strong player back in the days, launching they new IM platform to its dedicated users.

1999: MSN messenger – maybe the most popular messenger that offered chat, calls and video calls was launched and gained extreme popularity around the world.

2001: Friendster, a popular social gaming site that allowed users to interact and keep contact with each other while they play, was launched. The site was extremely popular in Asia – mostly Philippines, Malaysia, and Singapore for a decade. In it’s glory days, around 2008, Friendster had more monthly unique visitors than any other social network site in Asia! A screen shot of the less known platform, below:

2002: One of my favorite sites ever to date – LinkedIn, has launched. A new way for business and social media to meet and flourish.

2004: YouTube was introduced! A video sharing service, the most successful of them all, and one we all know and use regularly!

2006: Years before everyone dreamt Trump will be president, Twitter is introduced!

2006: First time the “Facebook Feed” becomes what we know today – News from all your contacts on FB, websites, and groups you follow!

2010: Instagram, one of the most popular photo sharing platforms to-date, has launched!

2011: Snapchat, a popular application with millennials has launched, as well as Google that tried their chance for a social network with a not-so-successful social media platform that still exists, Google+.

2012: Facebook is breaking records! Facebook goes public and the company is valued at $104 billion, the largest valuation to date for a newly listed public company. Big Like!

2016: Facebook goes after the same niche – and launces Marketplace (In the US, UK, Australia) their very own platform to buy and sell items through the site.

2016: A new game changer has arrived – seen in Facebook as well - Instagram launches live video, which allows users to broadcast live on Instagram, for up to one hour!

2017: After the US elections and numerous accusations of “Fake News” distributed by Facebook users deliberately, Facebook announces a set of news feed updates to combat the problem of fake news and hoaxes. Only the future will tell how efficient it will be.

That’s the brief history of the social media world we live and breath today, please feel free to suggest any points of interest that were not on our timeline – we pretty much covered it but I always love to hear more points of view and information. Knowledge is power!

If you like what you are reading, you may wish to head out to my Amazon page to check out my latest e-books and even get a book for free: http://bit.ly/TamiBooks

Have a wonderful, social day to all!